THE ARTFUL DOLE BLUDGER — WAS  IT ARTHUR OR MARTHA

Arthur and Martha were born with two distinct sexes occupying the same body. They grew up to become a person who seemed to suffer a multiple personality disorder, but not quite, as each personality knew all about the other, There were no secrets between them. They had to find ways of coping with the complications of their precarious existance, like how to survive with the least amout of effort possible. When they faced inevitable unemployment, Martha applies for Newstart Allowance and Arthur applies for a Disability Pension. Things become complicated when Centrelink discovers that one of its customers is apparently double dipping. So Arthur and Martha had to find creative ways to continue riding high on the hog. This is a hilarious, ideologically unsound satire which sends up the Centrelink relics from the last century, so carefully preserved up to the present time. It is lavishly illustrated with cartoons and drawings from a bygone era. 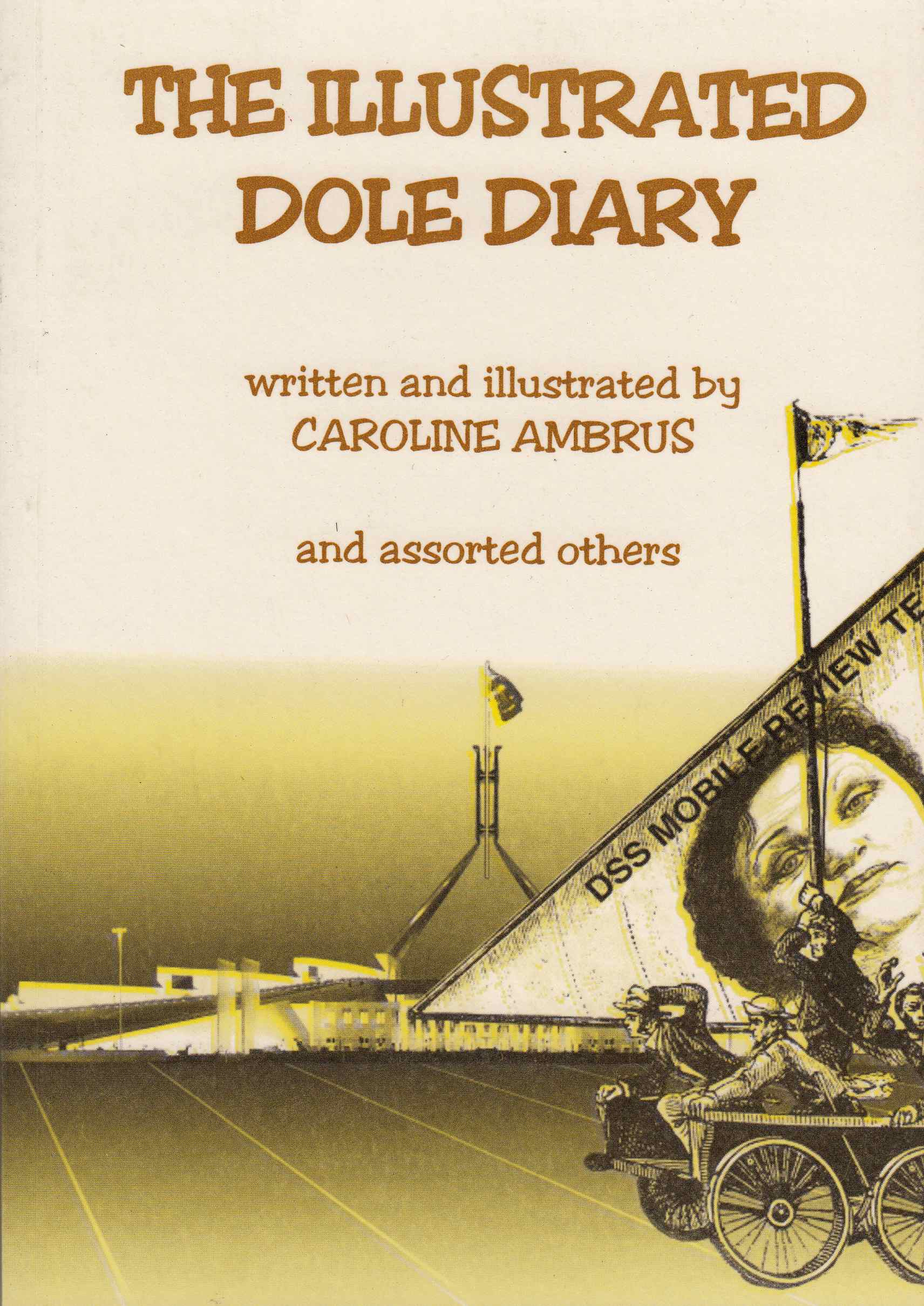 Life is full of disasters. The only smart thing to do with a disaster is to turn it into an opportunity. Many a fulfilling career path has had its genesis in a disaster. When the Liberals won the election it was a disaster. When they announced their massive crackdown on social security benefits, it was a disaster. When they brought in the dole diary, the disaster scenario escalated into the catastrophic. In my efforts to evolve this catastrophe into a career path, I turned to my many friends who were on the dole and asked them to consider writing up their dole diaries for publication. I had no takers. So I had no choice but to put my other work aside and do it myself. I hope this dole diary doesn?t turn into a career path. I could find better things to do than castigate the government on their depressing policies.

Postscript: Today, in the crappy, covid ridden year of 2022 welfare policies has reached new lows with the same old crappy Liberal government. All that has changed is that the politicians faces have become uglier and their greed insurmountable. But i'm on an age pension so at least for the time being oldies like me are left alone to garner our pitance to support Woolworths and the other unworthy purveyors of crappy food..

Given that this publication was written in a diary format, I tended to wander from one subject to another according to the drift of political rhetoric over the airwaves and how I felt about it. While the juggernaut of the welfare system grinds on and bureaucrats do their thing in that sanitized vacuum known as the public service, people like me who live in the real world are affected. This diary is my way of dealing with the random, arbitrary pressures generated by this system. My case is probably fairly typical of the many others who are struggling to survive in this post-industrial, computerised, jobless society of the late 20th century. Obviously, I speak for myself. I hope that my words will strike an accord with fellow sufferers and may serve to inform the bureaucrats of the human cost of their policy machinations which are really just an exercise in crowd control.
When I commenced this diary, I was dimly aware that things had reached a new low but I did not understand why or by what perilous path we had reached this culdersac. I started it off with the bliss of ignorance, thinking that things might not be as bad as my rather pessimistic nature tends to view them. As my diary proceeded, I began to realise that my gloom by comparison to the reality of unemployment; the moribund economy; the rapaciousness of large corporations and the antics of the new government, was positively optimistic.
In the opening days of my diary, I focused on my own position and tried to find my way through what I perceived were the problems at that time. But as the diary progressed, I realised that my perceptions of the problem were largely uninformed and were the result of media hype and what appeared to be bureaucratic confusion. During this period I came to realise that the Department of Social Security was not supplying updated, accurate information to its recipients, particularly in such matters essential for negotiating the intracacies of the system. Consequently, many have been caught in traps, loaded and sprung by a combination of bureaucratic confusion, ignorance, ideologically-driven bloody-mindedness and inertia.
As the diary progressed, I found myself digging deeper and deeper for the facts, which are recounted herein along with my irreverent, irrepressible questions, queries and comments. As this diary goes to press, I find that I, amongst many others, am vulnerable to the threat of being breached by the Department of Social Security, which means losing your benefits. To survive I, and the rest of the welfare dependant population, have to learn to kow-tow to the bureaucrats in tune with the arbitrary grinding of their welfare machine.
The process of writing this diary reaffirmed my realisation that in this society nothing can be taken for granted by anybody. There does not exist in Australia any inherent human or social or legal or constitutional right that a person can be assured of having enough to eat, somewhere safe to sleep at night, something productive to do in her or his waking hours and the dignity of feeling that he or she has a place in the social order. Our present socio/economic malaise and our collective angst about the future are an indictment of the Social Security system and the politicians, both Labour and Liberal, the former having legislated a raft of mean measures against the unemployed and the latter for enacting these measures. Things have to change for the better and this surely is one of the challenges of our generation.